NOSOTROS “Your Latino Voice” is a non-for-profit organization funded by Fanny Villarreal and it is dedicated to educate the community through the airwaves. It has been in existence for the last 26 years and runs entirely by volunteers.

NOSOTROS RADIO has been instrumental to bring Spanish language television to the City of Syracuse via Time Warner and bring back the GED in Spanish through the Syracuse City School District during Mr. Daniel Lovengard’s tenure.

NOSOTROS RADIO has received several awards including the “Good Neighbor” Award from The American Red Cross, Hispanic Media award from Syracuse University among others. 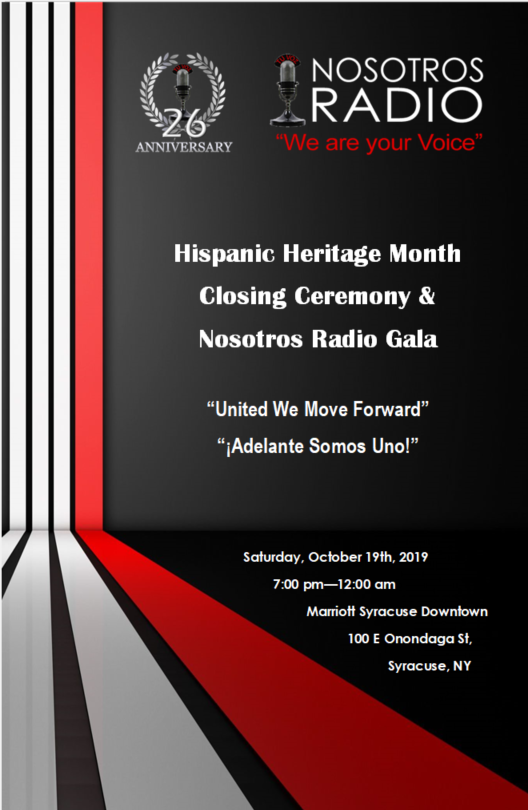